Tezy miejskie
Гарадскія тэзісы
Городские тезисы
Міські тезиси
Thesen zum stadtleben
The Ubran Theses constitute an elaboration of the aforementioned values with reference to various areas of the city life. They comprise crucial statements with which we agree and which direct us in our actions. 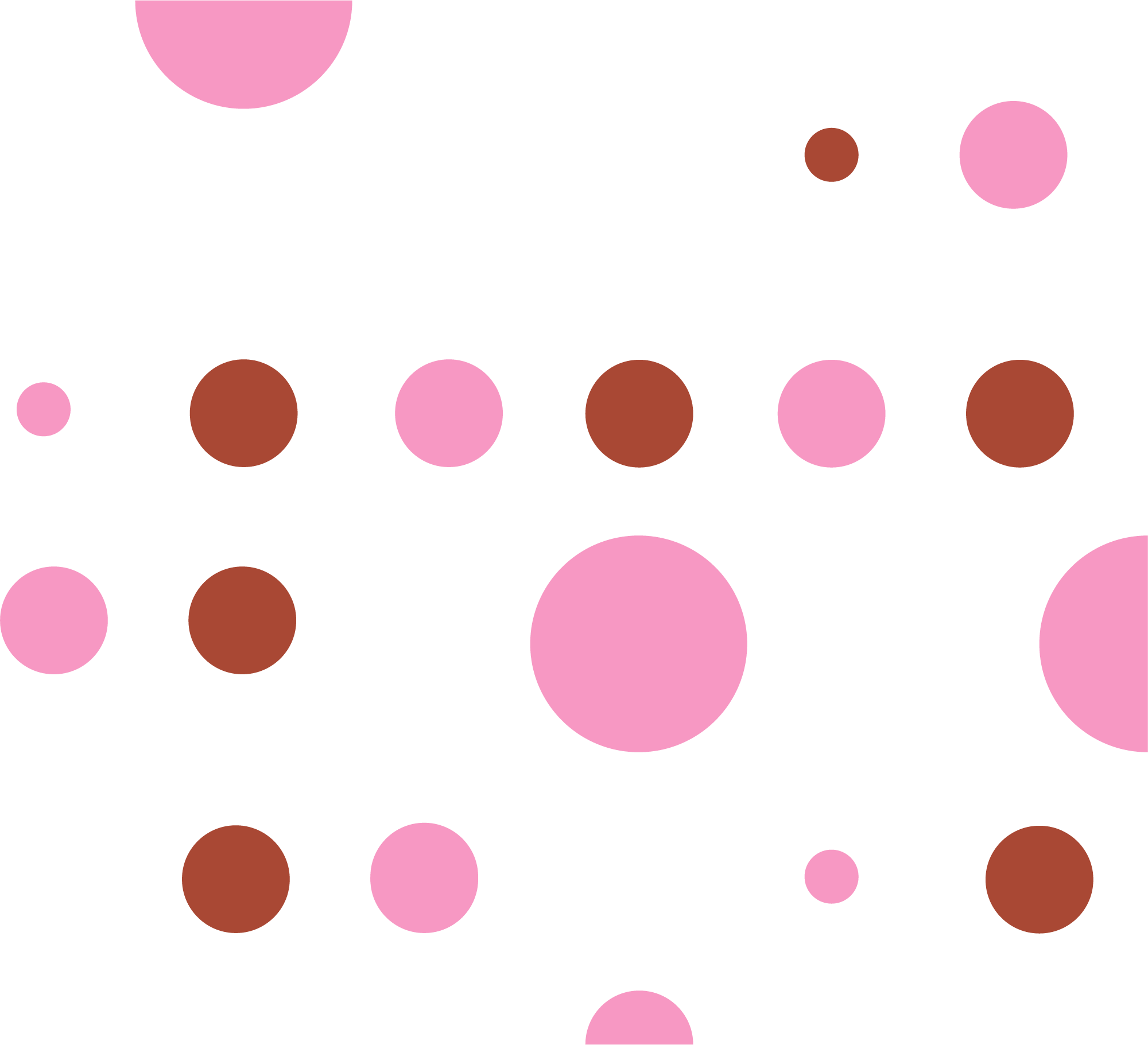 We formed the Urban Movements Congress with the goal of overcoming together all those obstacles we were unable to surmount acting as individual urban initiatives in our cities, such as deficits in legal provisions, national policies, institutions and procedures needed in the cities. Cities deserve wise, far-sighted urban policies and good law, as well as standards of excellence and good practices. Such instruments are needed in order to improve the quality of life in the cities and to release the potential of sustainable development and citizens’ activity cumulated in the cities.

The Urban Movements Congress gathers organizations and urban activists who share a set of beliefs regarding cities and their development. Those beliefs constitute our shared outlook on the cities; or to put it differently – our shared ‘city-view’. It is based on the following values:

● sustainable development in the spirit of the Leipzig Charter on Sustainable European Cities (2007) – long-lasting, protective towards space, nature and other resources, and oriented towards the quality of life;
● participatory urban democracy – ensuring the residents’ subjectivity, combining the will of the majority with the protection of human and minority rights;
● social solidarity – ensuring equal opportunities, just social relations and support of the urban community for all those in need of such support.

1
All residents have an
unalienable right to the city.

It is the right to benefit from the city’s resources and to co-decide upon the most important city issues concerning city residents. This right cannot be revoked. The city belongs to its residents as it is their life environment, while business, authorities and politics should serve the residents and the city itself. 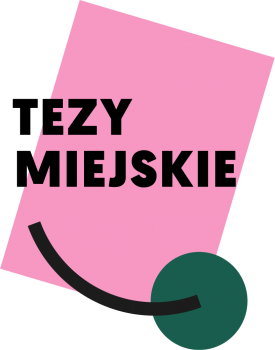 2
Urban democracy is founded not only on elections, but also on continuous residents’ participation in the actual decision-making about their city, based on civic education.

In order for the participative urban democracy to work, it is necessary to work out and implement suitable procedural tools, such as local referenda, residents’ resolution initiative, citizens’ panels and juries, participatory planning, public consultations, participatory budgeting et al.

3
The city budget should include and represent needs and aspirations of the residents that are being expressed in the continuous public dialogue.

Alongside participatory budgeting (also known as ‘citizens’ budgeting’) that concerns only a small fragment of the city finances, residents should have a significant impact on the decisions about big public investments and long-term financial plans for the city.

4
The key duty of the urban community is taking care of its weaker members, according to the social justice principles.

This obligation includes especially prevention of poverty, social exclusion and homelessness, support for all those in need of such support for other reasons, and protection for all minorities facing discrimination.

5
The city should support local business, which may not always be able to compete with global corporations.

The economic energy of the residents, especially fulfilled in local trade and services, contribute to the accumulation of the local capital, city development and affluence increase, as well as to establishment of stable economic bonds.

6
Enough with junk contracts! All labour financed with public money should be subject to exemplary practices in terms of working conditions and decent wages.

This can be attained by using social clauses in public procurement procedures – their implementation should constitute an obligation for local authorities.

7
The city should provide accommodation accessible for as many as possible of the moderately well-off residents – both in form of council housing and flats in private buildings.

Urban housing policies should guarantee social housing for the underprivileged residents, protection of the residents’ rights, city’s involvement in creating affordable housing for rent and in improving the quality of the existing council housing reserves. Enough with the commercial monopoly of real estate development projects, offering apartments for sale on credit and limiting access to housing for large groups of people!

8
The quality of life of the city residents depends on the range, accessibility and standard of public services provided by the city – which is often negatively affected by their privatization or commercialization.

Public services in the cities encompass transportation systems and other public utilities, education, care services and welfare services, amateur sport and recreation, culture and leisure, and other services.

9
Sustainable development requires environmental protection, especially regarding the natural environment which influences the conditions of life in the city.

The fundamental challenges for ‘urban ecology’ are urban noise, air and water pollution, high emission and wasteful energetics and transport, wasteful exploitation of land and water, allotting green areas for investments, decline in trees, and overproduction of unsorted and non-recyclable waste.

Only strengthening public transportation system integrated with foot and bicycle traffic may create conditions for efficient transfers within the cities and metropolitan areas.

11
Enough with the spatial chaos! Spatial order is necessary for effective functioning of urban spaces, with emphasis on minimization of spatial conflicts of interests and concern for the aesthetics of urban spaces that favour well-being and appeal of the city.

Spatial order does not result from independent, individual investment decisions made by competing business actors. On the contrary – they often contribute to large-scale spatial degradation. Spatial order is created as an effect of complex, deliberate spatial policies, both at the city and national level.

12
Revitalization of the historic urban areas and areas in need of urban renewal is one of the biggest challenges faced by Polish cities. The ability to meet those demands will have a huge impact on the development and sustaining identity of the cities.

Revitalization should be understood as an integrated, public undertaking, realized in cooperation with the local community and taking into consideration its interests. It is a complex process that cannot be limited to architectural reconstruction, but should also include social dimension (with the emphasis on the housing function), as well as ecological, economic and architectural aspects.

13
Culture is the basis and the source of the urban style of life.

The mission of the city should be to make the values of culture accessible for all residents, not only the elites. That should include include preparing residents to participate in culture through education. Wide participation in culture makes our lives better and the city – more appealing.

14
Suburbanization – uncontrollable urban sprawl to areas far from urban centres – is a destructive, pathological process, which should be stopped using systemic solutions.

Suburbanization contributes to the decay of both rural and urban areas, violates the rules of sustainable development and contradicts the visions of ‘the compact city’ and of ‘the city of short distances’. It results in considerable environmental, economic and social losses because of the excess need for transportation and shipping goods, as well as moving water, sewage, fuel, energy, waste et al.

15
There is a need for a long-term decentralization, especially regarding public institutions, that could contribute to the development of the whole country.

Decentralization involves locating national institutions in various cities, not only in the capital, and regional institutions also in cities that are not regional capitals. It combines the social, economic and cultural dimensions.

1. On Combatting the Climate Catastrophe

The immninent climate emergency is humanity's greatest challenge today. In particular, the cities responsible for the majority of greenhouse gas emissions are faced with that challenge.

Cities, along with governments, global business and international organizations have to engage actively in preventing climate catastrophy. This requires profound changes to the present, wasteful and destructive, way of living, in all its manifestations. It is not limited to ecological issues, it concerns urban planning, energy, transport, consumption and food, organization of social life, culture and values. Urban climate policy should include both: measures to reduce greenhouse gas emissions and measures to adapt to developing climate change.

Free cities inhabited by free, self-governing citizens are the foundation of our European civilization.

Cities are both source and safeguards of democracy, human rights and civic freedoms, which cannot be taken for granted and need to be continuously protected and cultivated.

We cannot allow freedom and democratic self-governance of cities to be undermined by the authoritarian populism, xenophobia, nationalism or religious fanaticism. Neither by the marketing manipulation of mass behavior and people's awareness – for the benefit of global businesses. This requires a serious mobilization to protect and defend the freedom of our cities, the freedom in the cities as well as the agency of their citizens.

The real freedom of cities depends, apart from politics, on stable financing, not being subject to prosperity and party arrangements. Cities that generate most of the public wealth, cannot be treated paternalistically as a “claimant” client of the central government, but rather as a subject – a  public partner in the process of resource distribution.

City is our common home, both for residents and newcomers, whose wellbeing and peacefulness can be disrupted by societal divisions, conflicts and tensions, often deliberately inspired.

Social differences cannot be expressed through acts of open violence, hostility, or contempt, which weakens positive bonds as well as trust between people and towards institutions. It primarily affects the most vulnerable citizens and the minorities, who are treated as “inferior” and often discriminated and excluded. Therefore, these groups require special solidarity, protection and support, without aggression motivated by “just retaliation” for the past traumas. Encouraging an increase of violence, even if only verbal and symbolic, does not lead to a better future – nothing can be built on the daily hatred of everyone against everyone. The inability to co-exist and engage in a dialogue of different but equal people, communities and societies, without dividing them into better and worse, without hostility and exclusion –is the tragedy of Polish democracy, including urban democracy.

An open, tolerant city is home to everyone, and everyone has the right to feel at home there. Today, it is necessary to work out a formula for coexistence, despite differences and otherness, based on consensus and non-violent dialogue, in opposition to the dictatorship of the majority, who, from the position of force, imposes its will.